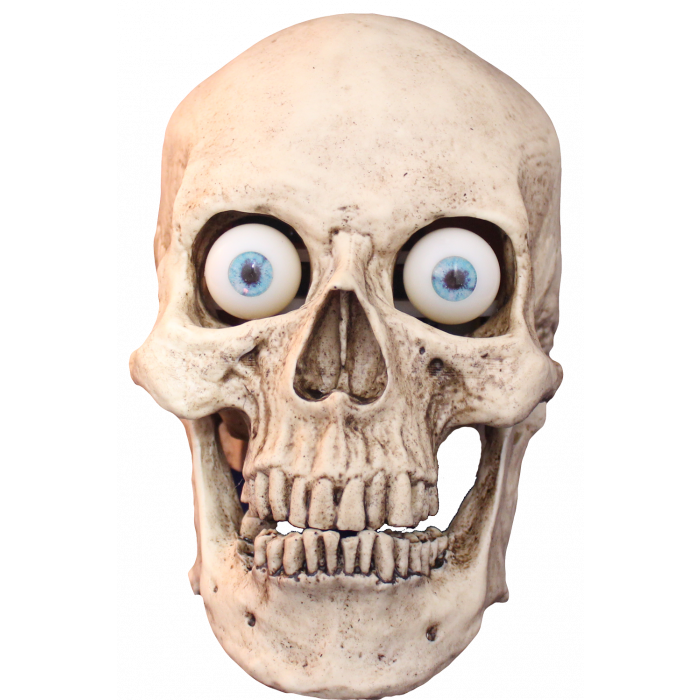 Skip to the beginning of the images gallery
Details
Popular skulls are in stock and ready to ship. However, some configurations will be built-to-order and ship 2-4 days after the order is placed.
No programming required. Just add audio and this talking skull will come to life, moving it's mouth, head, and eyes as if it had risen from the dead.

The PicoTalk included inside the talking skull listens carefully to the audio and moves the servo in sync to make the character look like it’s doing the talking. No programming or specially encoded audio track required.

Does your current skull have staring problems? These skulls come with eyes that randomly look around, moving occasionally when the skull is quiet, and frequently when it's talking.

The LED eyes can be set to stay on, throb to the voice, or fade on when the character talks and out when it stops.

Like the moving eyes, the head will turn occasionally as the character talks. It's random, but it's smart about it, moving the eyes and head in the same direction so it looks natural.

The speed and amount of head-turn is completely adjustable. 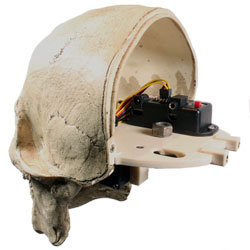 This is not a standard Bucky skull. Our skulls have been reworked to allow a clean installation of the internal hardware. And at almost one quarter the weight of the competition, these skulls are easier on the servos, and easier for you to install.

To mount the skull to your prop there's a 5/16" coupling a few inches below the center of the skull. 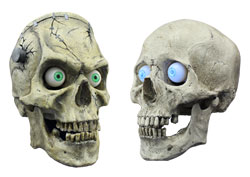 Were you an only child? Did you grow up lonely and alone? Don't let your talking skull endure the same pain - buy two! You can craft a stereo audio track with one voice in each channel so they can chat, talk, or argue. 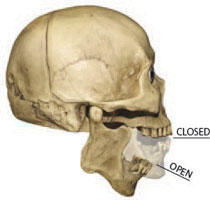 Our talking skulls come completely ready to use. But if you'd like to change the amount of movement of the eyes, head, or sensitivity of the mouth, just lift the hood and turn the dial.

Our talking skulls ship with the following items: